Make “money” a gem may seem, a priori a “quip”, an absurd redundancy and still, this has been one of my greatest efforts. However, I do not speak of money from the collective consciousness, but a “money” in particular; I speak of a coin bearing the name and gave rise to a word that has marked the rhythm of the times. Money, a Roman denarius, an Arab dinar … all are names of the same reality with different values.

Among the penny and “money” walk supremacy over who was older. “Money” Castilian, the denariusregis, is nevertheless ten times a farthing. Perhaps that is why I opted for this little wonder to create a collection of coins, “money”, transformed into ornaments of bracelets, necklaces and torques; on slopes, in twins, on pins. 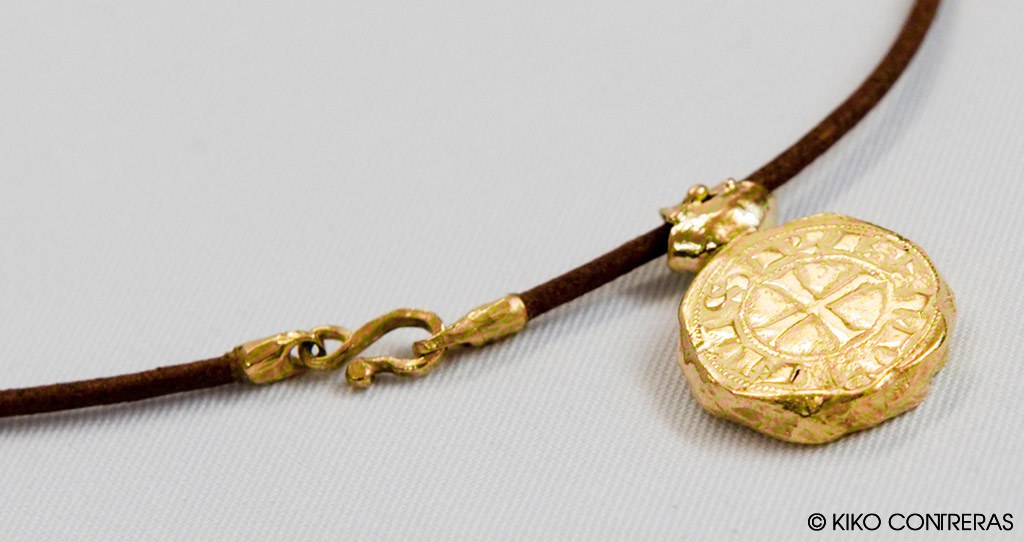 An obverse depicting anfuxrex, the equilateral cross and bearing the toletuo reverse, a monogram of Christ, the Alpha and the Omega tied to the arms of the Cross, are two sides of a particular gem of a piece as special as surprising as much as it was the first coin minted in Castilla y Leon.